Workout Tips for the Not Inclined

There’s good news for people who want to watch their weight without giving up their sedentary lifestyle. With time at a premium, many people are turning to creative forms of exercise. In a recent survey conducted by Harris Interactive for the North American Spine Society, three out of four people said they used the stairs rather than the elevator at work, 58 percent said they started parking their cars far away in parking lots and almost half reported walking while on the phone. At the same time, however, 46 percent of people described themselves as couch potatoes – a major contributing factor to being overweight. Many adults say they have procrastinated working out in order to do other activities, such as watching films, sleeping in, doing household chores, or working. Approximately three in four adults say they would exercise more if they could fit it into their daily routines. On the other hand, a majority of adults say they would exercise more often if they could do it at home. Among non-couch potatoes, 80 percent would like to get more exercise but say they don’t have the time.

It’s important to find time to incorporate exercise into your daily routine. In addition to things such as climbing stairs and parking farther away, there are a number of fun ways to turn your daily tasks into opportunities to exercise:

This exercise can be done anywhere you are sitting, except while driving. It should not be hard to find a place. Simply write the alphabet in the air with each of your feet and ankles. You can do the letters in capitals or small letters and, for that matter, in any language you would like. Doing this two or three times on each ankle will begin to strengthen the ankle and maintain or improve motion. 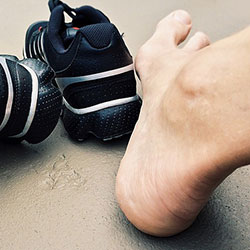 This exercise is easily done while doing the always fun task of washing the dishes. As you are standing there at the sink, slowly rotate your neck in a clockwise position, trying to extend the tip of your head out as far as possible. After three or four rotations, repeat the exercise in a counter-clockwise position. Remember, these rotations should be done slowly and in a pain-free range of motion. Besides increasing the flexibility of the neck, these exercises can pass the time of doing dishes.

Put the laundry basket directly in front of you and have the washer or dryer directly behind you. Grab a piece or two of dirty clothes, reach over your head slowly and drop the laundry into the washer. Again, start with dry clothes, then progress to wet clothes from the washer into the dryer. 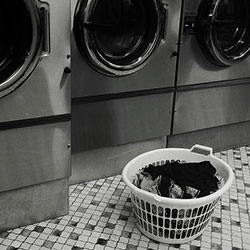 This can be done on any Sunday afternoon while watching football games. Simply take the remote control, and while watching your favorite team or movie, aim the remote at the ceiling, moving only your wrist. Hold it there for 10 seconds, then aim it at the floor, only moving the wrist once again. Repeat this three to four times during every commercial.

These are just some ideas from The Couch Potato Workout: 101 Exercises You Can Do At Home! by Joel M. Press, M.D., president of the North American Spine Society and medical director of the Spine and Sports Institute at the Rehabilitation Institute of Chicago. The Couch Potato Workout describes numerous practical and functional exercises people can do to build strength, balance and flexibility as part of their normal daily routine.